How we apply neuro linguistic programming or nlp 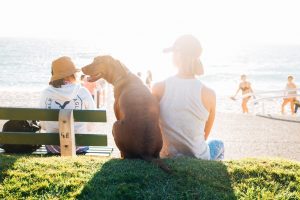 NLP (Neuro-Liguistic Programming) was developed by two psychotherapists,  Richard Bandler and John Grinder.  Both Bandler and Grinder were students of Milton Erickson, MD, and NLP is, in essence, a formularisation of techniques which Erickson used in his hypnotherapy practice. It also references the work of family therapist Virgina Satir and Gestalt Therapy founder Fritz Perls.

In recent times, the use of NLP patterning has become a very popular technique in sales and advertising, whereby people consciously manipulate their language patterns in order to lead someone towards a desired end. Sometimes known as ‘influencing with integrity’, it is also sometimes used without integrity…have you ever bought something from someone that you were convinced, in the moment, was entirely necessary to your ongoing happiness, only to feel buyers remorse after the excitement has worn off?

When applied therapeutically, Neuro-Linguistic Programming techniques allow people to work within a formula to achieve such things as:

and training in NLP can aid in:

It is important to remember that much of the work of Bandler and Grinder was based on transcripts of Erickson’s lectures, not on being present at the lectures themselves. The man, Milton Erickson, was so much more than simply his language. In creating NLP, Bandler and Grinder sought to recognise patterns of language that could be modelled and duplicated for therapeutic effect, but Erickson himself was likely largely unaware of these patterns.

A consequence of this is that some ‘pure’ NLP can be fairly stark in its application. Indeed, we feel that the one main thing missing from neuro-linguistic programming is the presence of the hypnotic trance.

In our practise, we utilise NLP techniques when they are appropriate. Although the original NLP models have been updated in recent times, we nonetheless remain true to the source of Neuro-Linguistic Programming, which was borne out of the client-centred approach to helping people achieve their goals, and which involved the formal induction of the hypnotic trance state. This approach involves compassion for the client, and recognition that we are each of us individuals, and that a formularised approach will only be effective when the variables are acknowledged and utilised.